SKU
1100334
Our customers trust us
Low price, high-quality bulbs
We cooperate with "Proven Suppliers from Holland". You will get excellent plants at the best price.
Free delivery on all orders over 100 EUR
We deliver your orders across Europe as quickly as possible to ensure that your bulbs and plants arrive in top condition.
Please note!
The best plants sell very quickly, so hurry up to order and get exclusive varieties first.
Skip to the end of the images gallery
-25% 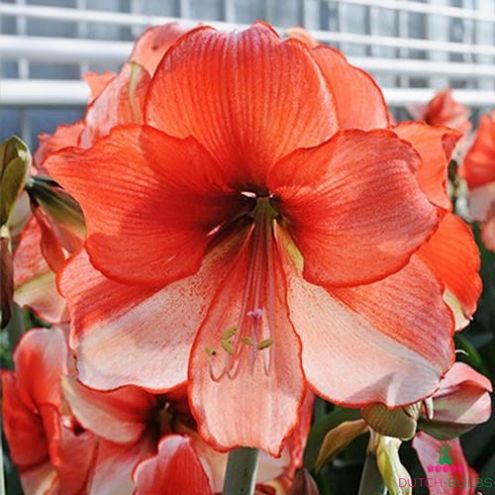 Coral Beach Amaryllis (Hippeastrum ' Coral Beach ®', Single Flowering Amaryllis). New! This hippeastrum appeared around 2015. It was originally sold by White Flower Farm in the USA and by Fluwel in Europe. This fabulously beautiful flower was developed by the 'amaryllis master' Bram van Staalduinen. This variety closely resembles the amaryllis 'Stardust' and with some characteristics from the amaryllis 'Picotee'. It is multi-coloured. A unique play of coral and pearly white flowers! On a white background, the upper two thirds of the flower are covered with a red blush. It looks as if they have been brushed and covered in coral tones. The perianth leaflets (petals) have a rather thick and irregular edge in red, which makes them bolder and very artistic on all sides. The flowers are six-petalled, rounded, measuring about 17 cm. The plant is 40-50 cm tall. Flowering time: 6-8 weeks after planting. This beauty will undoubtedly become a favourite!

New Year's Day lilies - often called amaryllis - can be grown not only at home but also in the office. And they will immediately become an indispensable feature in the interior. They are especially good in combination with Christmas accessories such as conifer branches, Christmas balls and decorative ribbons. Here are four of the best varieties with terry flowers. For best results, plant three bulbs in a single container. In addition, an amaryllis or hippeastrum makes a nice gift for your family and friends. Remember that this plant should only be transplanted every three or four years as it does not like to be disturbed too much. During the growing season, the plant should be fertilised by alternating organic and mineral fertilisers. The frequency of fertilisation should be once every fortnight.

The botanist Linnaeus first mistakenly identified the Hippeastrum as "Amaryllis Equestris". This mistake is still the cause of worldwide confusion between "Amaryllis" and "Hippeastrum". The plant is therefore sometimes called by a double name, Amaryllis-Hippeastrum, or by a single name, Amaryllis. 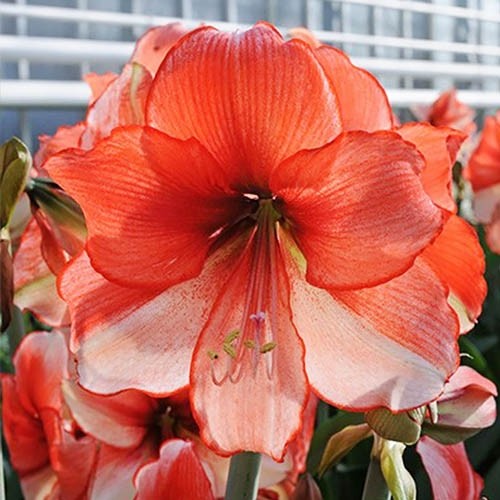