SKU
1000049
Our customers trust us
Low price, high-quality bulbs
We cooperate with "Proven Suppliers from Holland". You will get excellent plants at the best price.
Free delivery on all orders over 100 EUR
We deliver your orders across Europe as quickly as possible to ensure that your bulbs and plants arrive in top condition.
Please note!
The best plants sell very quickly, so hurry up to order and get exclusive varieties first.
Skip to the end of the images gallery
-5% 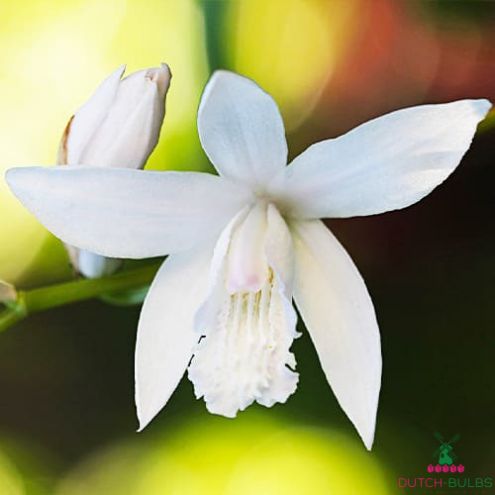 Bletilla striata or Bletilla hyacintha is a member of the Orchid family. It grows naturally in China and Japan. This is why it is also known as the Japanese swamp orchid. It is one of the most unpretentious orchids, with extremely decorative foliage and flowers.

It is a perennial herbaceous terrestrial plant. It usually grows just below or at soil level. It produces underground rhizomes, so-called pseudobulbs, which are spherical in shape. The pseudobulbs are very similar to bulbs (as are most orchids). Long, oval leaves emerge from them in spring. The leaves are also thin, pleated, lanceolate, soft, with pointed ends, green in colour. They are arched and reach up to 45 cm in length. The leaves are arranged in groups of 4-8 along a central thick stem. They resemble a small palm tree. So the plant looks great even when it is not flowering. This orchid looks a lot like a gladiolus. In early summer (mid- to late spring in warmer regions) a floral inflorescence rises up to 30-40 cm tall, shaped like a typical orchid (although in miniature). The lip is white with dark red and pink markings. It is also broad, toothed, slightly wavy, trefoil-shaped. The petals and sepals, which are arranged alternately around the centre of the flower, are white. The stamens and fruiting sepals are interlocked with each other. Flowers are odourless or faintly scented. Blossom duration: up to 3 weeks. Flowering period: mid-spring to early summer.

The Bletilla is suitable for beginner growers! This garden orchid can be grown outdoors and in pots. It grows and develops well in semi-shade. When grown in the sun or in places where it is dry, the leaves of the Bletilla are thick and leathery (so they retain moisture). In the shade, the leaves are thin and long. The plant loses its leaves in autumn. It overwinters in the open ground only if it is well mulched. It is quite frost-resistant: it withstands -29-24 ° C. But it does not tolerate frosts. The Bletilla thrives best in an orchid substrate composed mainly of fibrous materials with the addition of pine bark, although in principle there is a wide choice of substrate for plants. During the growing season in spring and summer, it is advisable to keep the plant at temperatures below 20 °C during the day. At night, the temperature can be a few degrees lower. A humidity of 40-70 % is recommended. During the growing season, water the plant abundantly, but do not spray its leaves. When the leaves start to dry out, slowly reduce the amount of water. This plant lives for 5-15 years or more. It is widely used in Chinese medicine.

How to Plant ( Bletilla Alba ) 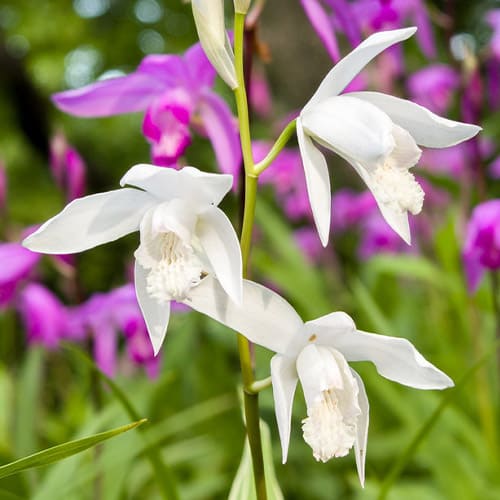